A fuel surcharge (FSC) is a mechanism in the transportation and logistics industry that aids in balancing the regional, global, or seasonal variations in fuel costs. It can be assessed as a flat rate fee or charged on a variable basis by mile traveled or as a percentage upcharge on a given shipment. FCS’s are utilized by the shipping carriers at their discretion to protect themselves against loss in the case of rising fuel costs. 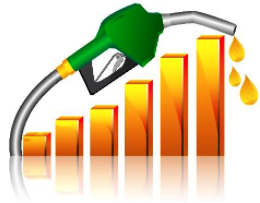 What are the Origins of Fuel Surcharge?

The history of the fuel surcharge dates back to 1973 when the Organization of Petroleum Exporting Countries (OPEC) proclaimed an oil embargo, targeting nations that had supported Israel in the Yom Kippur War. At the time, the United States had made the decision to re-supply the Israeli military to gain leverage in post-war peace negotiations. As a result, OPEC declared an embargo that banned petroleum exports to the United States, among other countries, and introduced cuts in oil production.

At that time, the US Department of Energy (DOE) began calculating the National Retail Diesel Average to track fluctuations in the market. This calculation prompted the fuel surcharge, which aided transportation companies who were struggling to pay the high fuel prices caused by the oil crisis.

As fuel prices leveled out, fuel surcharges were abandoned but returned again in the mid 90’s when diesel prices rose again drastically. After the rise, the US Energy Information Administration was formed and began reporting diesel rates to the DOE on a weekly basis. The DOE uses the information provided to compute a weekly National Average diesel price. Presently, these reports are followed closely by transportation companies and inform them of market fluctuations which can be used to calculate fuel surcharges.

How Are Fuel Surcharge Rates Determined?

Fuel surcharges are utilized by LTL and FTL transport companies, but they also apply to couriers like USPS, FedEx, and DHL who handle small parcel shipping. At this time, there is no governing entity that determines the appropriate market fuel surcharge cost. Instead, carriers are empowered to determine the cost of their fuel surcharges based on their operational costs. Freight carriers typically calculate the fuel surcharge based on mileage traveled versus small parcel carriers that traditionally have applied a percentage markup to the sale price of the shipment. FedEx and UPS both publish their surcharge rates weekly on their respective websites. See FedEx and UPS’s FSC pricing with the links below:

The market rate on which carriers base their fuel surcharges on is also dependent on the type of freight or specific territory the carrier handles. For example, some LTL carriers may choose to use regional fuel average to base their surcharge pricing on if they operate only within a specific region. National carriers covering the continental US, on the other hand, generally use the national average to determine pricing. Some carriers may choose to use a daily fuel price calculation that considers a specific route and is updated every 24 hours. This method works well for carriers that frequently cover the same transportation lanes.

In general, FedEx & UPS fuel surcharges are calculated using three variables: fuel base price, truck fuel economy, and fuel price change. The fuel base price is the actual cost of fuel at the time of booking. National, regional, or daily fuel averages can be used to identify this number. Truck fuel economy is the mile-per-gallon (MPG) fuel consumption rate in which a truck burns fuel. On average trucks get about 5 to 7 miles per gallon. Lastly, fuel price change is just as it sounds, and is the cost of fuel at the actual time of transit.

While there is no regulatory body forcing carriers to calculate companies’ like UPS fuel surcharges the same way, many follow a simple formula. See the example below:

Using these calculations, if the mileage base rate in a contract is $1.50 plus the fuel surcharge, the carrier would be paid $2.00/mile based on the current price of fuel.

Again, this is just one way that carriers like FedEx & UPS fuel surcharges are calculated, but it does prove to be an easy and widely used method. Many websites also offer free calculation tools that allow you to plug in the numbers and will run the calculation for you, like the one found here.

In conclusion, most major carriers include a fuel surcharge in their contracts, whether they’re hauling a box, a pallet, or a truckload of product. Fuel surcharges are a valuable mechanism for carriers to use to protect themselves from fuel price increases, and understanding where they come from, how they work, and how they are calculated provides insight into the operational costs of a business.