How will the 10-Year Plan for USPS® Impact eCommerce?

On March 23 of 2021, the venerable United States Postal Service, under the direction of their new Postmaster Louis DeJoy, announced a 10-year Strategic Plan to stem it’s annual operating losses and achieve financial sustainability while delivering service excellence. Excellence and USPS® are typically not mentioned in the same sentence so how does the 240-year-old institution plan achieve its lofty goals? 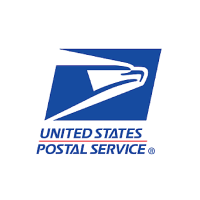 The Strategic Plan calls for $40 billion in capital investments over the next ten years. That’s a 60% increase in normal USPS® CapEx spending per year and includes $20 billion in facilities investments, $19 billion in retail distribution point enhancements and next-generation delivery vehicles, and $2 billion in IT infrastructure upgrades. It remains to be seen if the USPS® can wisely execute these expenditures, but it appears that they are thinking about them with the right long-term mindset.

Their primary objectives are to move towards a seven-day delivery network, pursue new revenue channels that could add $24 billion in new yearly recurring revenue, and deliver the majority of their package volume via an electric fleet by the end of the plan in 2035. Essentially, they want to look more like Amazon’s modern delivery network rather than the relic that is typically thought of when walking into a century-old postal facility.

This is mainly great news for the world of eCommerce fulfillment, and we certainly need a strong, sustainable USPS® to keep the other shipping carriers honest with their pricing and service delivery times. It does not mean that all of the changes associated with the plan will be positive though. DeJoy appears to be looking at everything with a fresh set of eyes which means that money-losing services will either need to be re-worked or scrapped altogether.

Two recent announcements follow this logic with the announcement of their second consecutive holiday “peak season” surcharge with a tiered pricing schedule and the change in delivery times for First Class Mail® from two to three days (2-3) across the US to a more realistic and cost-efficient timeframe of two to five (2-5) days. That means less reliance on flying First Class Mail® to remote locations which is a money-losing proposition for the postal service.

More changes will likely be announced in 2022 and it will be interesting to see how their general rate increase (GRI) comes in this year compared to previous years. USPS® typically raises prices across most mail classes by 4-5% per year which the other carriers like FedEx and UPS piggyback on. Will they stick to that range for 2022 in what appears to be an inflationary environment across the US? The eCommerce fulfillment industry is heavily influenced by the postal service regardless if your company uses them to move your packages on a daily basis or not. First mile services like DHL eCommerce and UPS Mail Innovations wouldn’t exist without USPS® doing the final mile delivery on packages. FedEx and UPS are trying to take some volume of packages under one pound (1lb) into their networks, but they are finding it difficult to do profitable deliveries in the $4-6 price range that USPS® First Class® offers. Priority Mail® also keeps the big carriers honest on their ground pricing and the residential surcharges they can add to every delivery.

The bottom line is that our country and retail commerce depend on a strong, sustainable outlook for USPS®. It’s refreshing to see their leadership making some necessary changes to operate the famed institution like an actual business. If you are someone that makes a living through online markets connected to eCommerce fulfillment, it’s worth paying close attention to how USPS® executes their newly minted Strategic Plan which will shape the future of our industry in the years ahead.

Regardless of what happens, you can bet that 5 Logistics has a solution to help. To learn more about how, please take a look at How it Works